FRIDAY HR FAQS – How long do I have to take someone to tribunal? 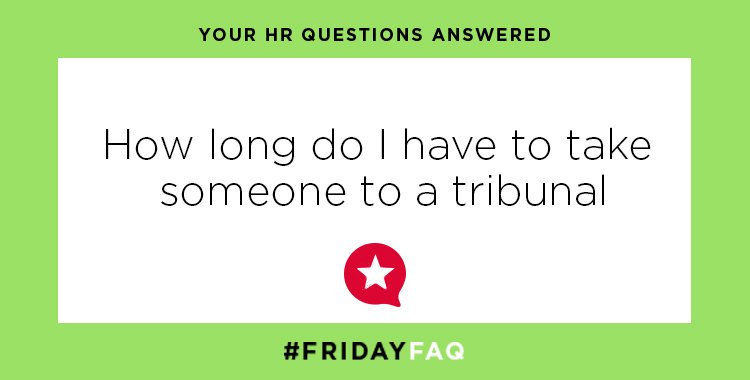 Hopefully this won’t ever happen, but if you do find yourself in a situation where you feel you have been unlawfully treated at work, you can make a discrimination claim at an employment tribunal and if this is the case there are time limits during which you need to make your claim.

The normal time limit for making your discrimination claim at an employment tribunal is 3 months less one day from the date when the discrimination happened. But before making your claim you should put a request in to ACAS, who will then offer you the chance to try and settle the dispute using early conciliation, which is a free service.  To avoid going to court, most people and employers choose to take part in the early conciliation process to settle their workplace dispute, the conciliator will talk through the issues with you or your representative and work with you and your employer to see if a resolution can be found.

An employment tribunal will have the final say as to whether your claim was brought in time and will consider any links between incidents of discrimination, the evidence of an ongoing situation and whether there is a continuing relationship between you and your employer.

If you do make a claim it is important that you try to get as much information about your legal rights as possible first.